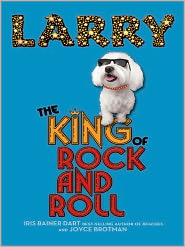 Did you know dogs can talk? Well, neither did Cathy and her father, Tom, a songwriter struggling with a new tunethat is, until their pet dog Larry opened his mouth and helped Tom finish the song! Once Larry reveals he can not only talk but sing, there's no stopping him. In no time, he's on stage singing for sold-out audiences. Even the President of the United States is a fan of Larry. But soon enough, fame goes to Larry's head: he drops Tom from his act, abandons Cathy and moves in with his agent. By the time of his showcase gig at the Hollywood Bowl, it's clear he's the king of rock and rollbut at what cost? A fun-filled, tongue-in-cheek romp through the world of music stardom, Larry: The King of Rock and Roll is sure to win this lovable pooch a whole new legion of fansyoung readers everywhere!
Reviews from Goodreads.com 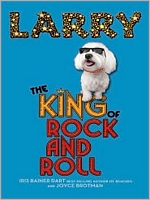