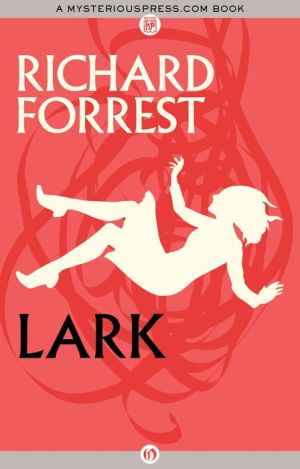 Share:
A corrupt cop must investigate a series of bizarre murders in order to save his city from itself in this grim hard-boiled thriller.

Middleburg, Connecticut, is a dying river town, and Tommy Lark will be its undertaker. A hardened veteran of the local police force, Lark has worked in Middleburg for twenty-two years -- each one worse than the year before. When he was an idealistic young rookie, his partner killed a suspect by accident, and Lark planted a knife on the body to keep him from getting kicked off the force. Since then, he's never bothered to play fair. He'll beat a suspect, even throw him down a flight of stairs -- anything to get another piece of garbage off the streets of his city. But something's coming to Middleburg that will shock the callous cop to his very core.

When a string of kinky killings baffles the local police department, Lark is drawn into the darkest part of the city's underworld -- where love means nothing, and a woman's life isn't worth the clothes on her back. And to save his city, Lark must risk the last good thing in his life: his daughter's love.

In the tradition of Dirty Harry and Death Wish, Lark is an unflinching look at a vicious corrupt cop and the city that made him. Fans of truly hard-boiled thrillers will find Lark is one of the toughest cops mystery fiction has ever produced.