Lady of the West — Jennifer Mikels 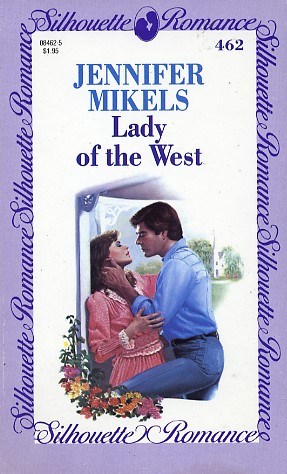 Why would a Hollywood heartthrob answer her ad for an acting job at Tumbleweed Village--an authentic 1880s Arizona town? Owner Tory Kenyon had no idea. But
Josh Bannion made it clear that he wanted to forget his Tinsel Town past.

It was a good thing he didn't plan on sticking around. He might just fall for that hotheaded wisp of a woman whose fiery temper could probably match his own. All he wanted was a job for a while. No friends. No commitments. No women. Until Tory's bewitching eyes and honeyed lips threatened to turn the down-and-out drifter into a happy homesteader.