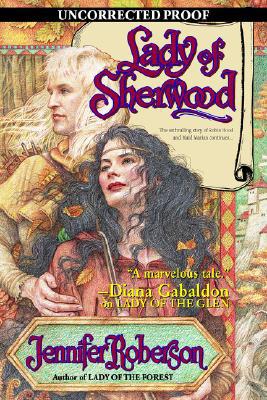 Share:
A new installment of a thrilling retelling of the adventures and enduring love of Robin Hood and Maid Marian, begun in the popular Lady of the Forest finds Robin and his love involved in political intrigue and personal betrayals.

Robert of Locksley, the handsome son of a respected earl, has long battled the tyranny of Prince John -- a man as weak as he is cruel. Now that power has shifted even more firmly into John's hands, Robert has no choice but to fight as an outlaw . . . as Robin Hood.

Lady Marian of Ravenskeep has fled into the depths of Sherwood Forest. There, amid wild woods, she will be transformed from lady to warrior -- as Robin Hood's partner in stealing John's gold. But all who breathe know the penalty for such theft is hanging. As the sheriff's army pursues them, Robin Hood and Marian face danger at every turn, and discover a shared passion that will join their hearts forever.