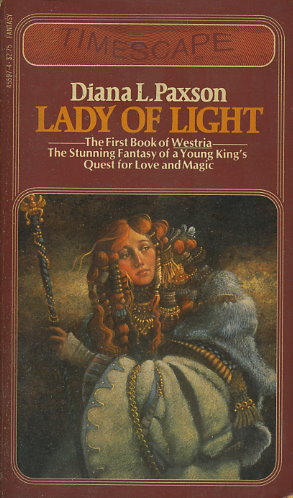 Share:
IT WAS THE SIXTH CENTURY AFTER THE CATACLYSM ...
and in the fair coastal Kingdom of Westria, the dashing young King set out to find a bride, a lady who could be not only mistress of his heart, but also Mistress of the Jewels.

The Jewels of Westria: whoever could master their mysteries, controlled the awesome power of the elements -- and ensured the survival of fair Westria.

And in a windswept northern province, a frail girl named Faris, beautiful but meek, humbly hid a secret beneath her cloak and told no one of the powers she had long felt struggling within her. For she never dreamed she would be the King's choice.