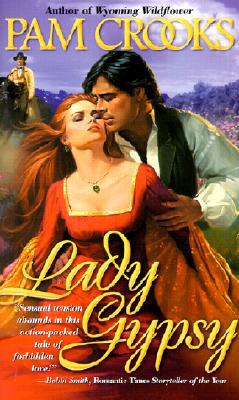 Share:
Railroad owner Reese Carrison chased no woman. But when the exotic Gypsy with the flowing red tresses stole his prized stallion, he galloped after her--straight into a tornado. It was not the twister that threatened to ravage him, though but the woman who'd tamed his horse. For in the eye of the storm, her soothing touch incited a whirlwind of passion he was helpless to resist.

Fleeing false accusations, Liza rode for her life. She longed only to escape the hateful world of the non-Gypsy--the Gaje. Instead she found herself wrapped in the sheltering embrace of a powerful Gajo man--a man who aroused traitorous desires. A man whose sensuality stripped away her defenses and whose caresses touched down on her heart, leaving in their wake no destruction, but love. A love that said she belonged in his arms, a love that made her his . .