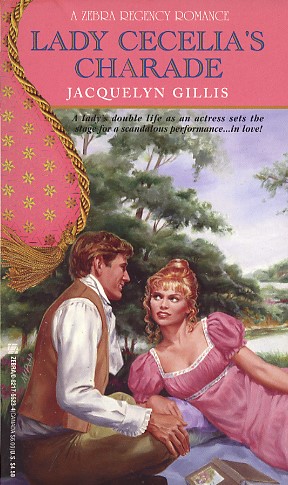 Cecelia, the Baroness of Somersett, was the most scandalous lady of the ton. Or she would be...if anyone discovered her second identity as the enigmatic new actress called "Amber." Cecelia had taken to the stage to save her playwright cousin from disaster. She didn't realize that, as the glamorous Amber, she would become the dazzling sensation of all London...or that Julian, the irresistibly attractive Duke of Stanford, would decide to seduce her!

Of course, a duke couldn't wed a doxy. Julian thought `Amber" a darling, a beauty, a perfect...mistress. Alas, Cecelia could not reveal her identity without inviting certain ruin.
It seemed she had stumbled into a comedy of errors, but it was no laughing matter! Indeed, this passionate play of hearts could become a tragedy if, in the last act, a virtuous lady succumbed to the temptation...of true love.