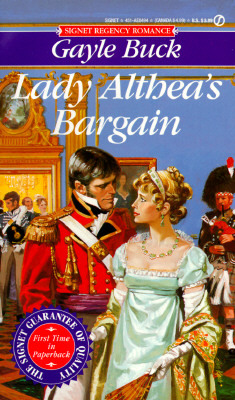 Share:
The Bewildered Bride
Lovely Lady Althea Hawthorne devoutly hoped that the man she had married was different from the other men she had known. As a girl, she had seen her rakish father betray her mother. As a young woman, she had fled her stepfather's odious advances. Determined to seize control of her destiny, Althea left her home and found refuge in the arms of a childhood friend.

Lord Gareth Lynley seemed the soul of honor and kindness when he made his startling marriage proposal. He seemed even better on their brief but blissful honeymoon. But when Althea followed him to Europe against his wishes, just as war was breaking out, she discovered an unexpected side of her soldier husband -- just as she realized the secrets of her own heart. Could Althea make her marriage of convenience become a real marriage of love and passion?