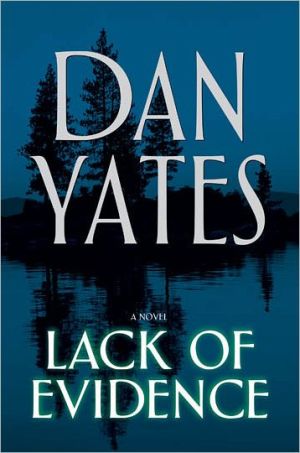 Share:
Derrick Beatty has come home to Arizona to solve the mystery of his father's disappearance. But he never would have returned to his Private Investigator job if he had known that Reggie Mandel, his former partner, was still at the Banister agency. She was the reason he left for the so-called tropical paradise of Oahu four years ago. Though Derrick had always adored Reggie, it seemed she could never return his love -- especially when she accepted another man's engagement ring.

As buried secrets begin to surface, the reluctant partners soon discover there is more to the Samuel Beatty case, and to Derricks hot-tempered brother Corbin, than meets the eye. Much like their search for clues in an abandoned gold mine, Derrick and Reggie fumble through unspoken darkness as they each attempt to uncover the other's true feelings.

Brimming with surprises and interwoven with modern forensic science, Lack of Evidence unites two stubbornly independent crime trackers on a quest for truth -- a search that also guides them to forgiveness and, perhaps, even love.