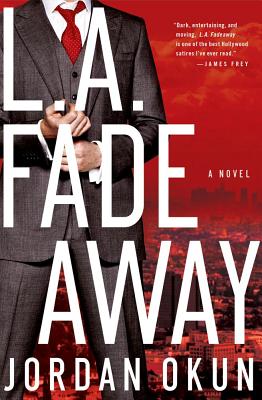 Share:
The unnamed narrator in L.A. Fadeaway is twenty-three, the son of a studio head, rich, entitled, and working in the trainee program of the hottest talent agency in Los Angeles. Fueled by massive quantities of unchecked ambition and attitude, he has one goal: become an agent and take over Hollywood.

Yet in spite of his cocky-cool demeanor, living the “life” is not all it's cracked up to be. This born-and-bred boy of la-la land is consumed with constant anxiety, which he dulls with the usual tools of the trade: Xanax, alcohol, pot, and porn. He knows all too well that Hollywood is a zerosum game: the only way to get power is to take it. The question is how low is he willing to go in order to ascend the Hollywood canyons -- and will his determination to follow in his father's footsteps change after the discovery of an awful family secret?

Ready to take his rightful place in the canon with Sammy Glick, L.A. Fadeaway's enigmatic hero takes readers deep into this dark, star-filled subculture with a hilarious, brutally honest, and unfiltered eye. In L.A. Fadeaway, never has Hollywood been so frightening -- or fun.