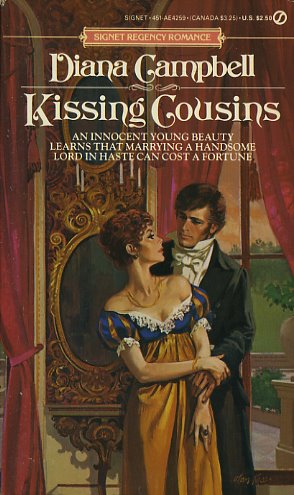 Lovely Cecily Osborne knew how great a debt she owed to her handsome, high-born distant cousin, the Viscount Trowbridge.

First Trowbridge saved her from the base designs of Mr. Dennis Drummond before that ungentlemanly gentleman could strip Cecily's honor from her. Then the viscount saved her good name by making her his bride in a ceremony as swift as it was startling.

It was only as Trowbridge's wife that Cecily began to suspect how she was expected to repay that debt -- not merely with the love that she was so very willing to give, but with her legacy of wealth that this man who called himself her lord and master seemed so fearfully eager to acquire.

The viscount might have her hand in marriage and her heart in thrall -- but he had not reckoned with the fury of a young lady who would rather stoop to folly than submit to being fooled...