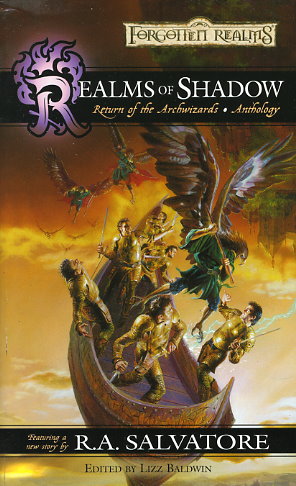 Share:
When Shade Enclave returns from thousands of years of exile in the Plane of Shadow, all of Faerun is open to its dark designs.

When a tribe of kenku confront the archwizard who gave them magic but kept them as slaves, the skies rain death.

When a knight of Cormyr journeys to the ruins of Tilverton, he begins to understand the terrifying power of the archwizards.

When phaerimm roam the world, enslaving orc and human alike, the great powers of the world must depend on an ally as deadly as their enemy.