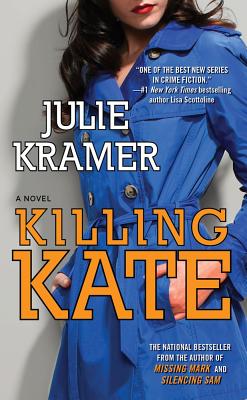 As TV reporter Riley Spartz discovers a serial killer drawing chalk outlines shaped like angels around the bodies of his victims, she unearths an eerie legend dating back nearly a century. Tracking clues to an Iowa cemetery, Riley finds an infamous Black Angel monument that may be connected to the string of homicides throughout the Midwest. Now she is up against a delusional young man who believes the statue is urging him to kill.

The local police are convinced the killer has left their territory and Riley's boss is convinced viewers are tired of hearing about so much crime, but a personal connection with the latest victim, Kate Warner, makes Riley determined to solve the case.

Riley also gets the scoop on a dog left locked in a hot car. Her pet-loving news director is crazy about this story, but the dog owner goes crazy, too. Is he now stalking Riley? Or has the angel-killer put Channel 3's top investigator on his hit list? Yearning for love and ratings, it's unsure whether Riley will find either before the killer finds her.

When she meets a mysterious stranger, Riley must decide whether he is her guardian angel or an angel of death. The answer doesn't come until a graveyard confrontation where the dead are the only witnesses.