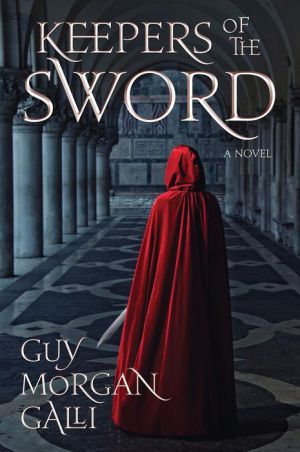 Share:
Since the days of Isaiah, two families have been charged with safeguarding the brass plates containing the history of God's works among His people one to preserve them and the other to protect them at all costs.
But these are dark times.
Having spent the last decade apprenticing in the closely guarded secrets of steel making, Zoram anxiously returns to his childhood home of Jerusalem to fulfill his destiny and take his place as the new Keeper of the Sword. His homecoming, however, is overshadowed by the suspicious death of his father and rumors of betrayal that reach the highest levels of power. Despite this, Zoram steadfastly strives to complete the work he is called to do, but his attention is divided between a woman unlike any he has ever met and another woman obsessed with his position and power. At the center of this personal and political turmoil stands Laban captain of Israel's armies, Keeper of the Records, and the cunning man Zoram is sworn to serve. But how can one man stop a rapidly growing wave of wickedness from destroying the faith, even the very nation, of Israel?