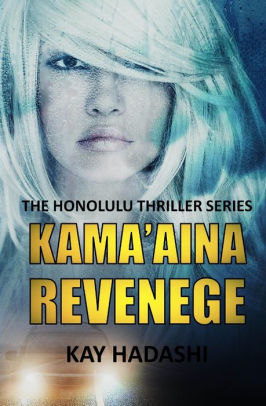 Share:
KAMA'AINA REVENGE
Keiko Tamura deals with the scum of the world on two Hawaiian islands, her hometown on Maui and her adopted home of Honolulu. From the corruption of one of Maui's biggest money-making enterprises to fending off the advances of two men, she has nowhere to hide when times turn tough. Taking on the good name of an old friend, can she get her revenge before she's discovered?

After learning how to hack into corporate computers, Keiko is pressured into taking on the big dogs of the corporate world. She uses trickery, deception, even a disguise to impersonate a dead hooker to weasel her way into a job right under the noses of the perpetrators of her father's death. But when she begins to learn secrets buried behind passwords and social engineering, she discovers her life is in more danger than ever before.

Her quest for revenge might end up being a mad dash for her life!