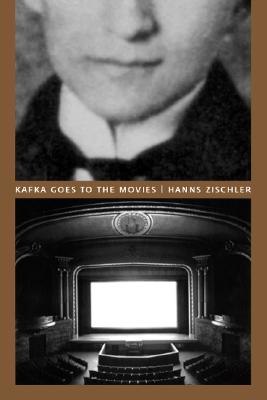 Share:
"Went to the movies. Wept. Matchless entertainment." So wrote Franz Kafka in one of his diaries, giving us but one hint of his little-known passion for the cinema. Until now, Kafka aficionados have been left to speculate about which films moved Kafka so powerfully and how those films might have influenced his writing. With Kafka Goes to the Movies, German actor and film director Hanns Zischler draws on years of detective work to provide the first account of Kafka's moviegoing life.

Since many of Kafka's visits to the cinema occurred during bachelor trips with Max Brod, Zischler's research took him not only to Kafka's native Prague but to film archives in Munich, Milan, and Paris. Matching Kafka's cinematic references to reviews and stills from daily papers, Zischler hunted down rare films in collections all across Europe. A labor of love, then, by a true man of the cinema, Kafka Goes to the Movies brims with discoveries about the pioneering years of European film. With a wealth of illustrations, including reproductions of movie posters and other rare materials, Zischler opens a fascinating window onto movies that have been long forgotten or assumed lost.

But the real highlights of the book are those about Kafka himself. Long considered one of the most enigmatic figures in literature, the Kafka that emerges in this work is strikingly human. Kafka Goes to the Movies offers an absorbing look at a witty, passionate, and indulgently curious writer, one who discovered and used the cinema as a place of enjoyment and escape, as a medium for the ambivalent encounter with modern life, and as a filter for the changing world around him.