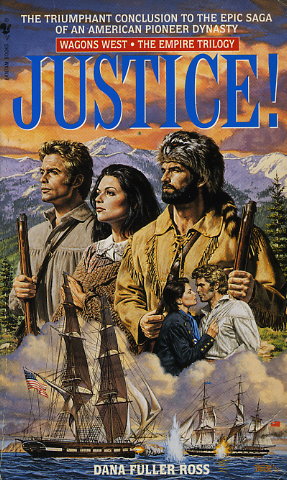 They are men and women of bold vision and boundless courage who dared to follow their dreams across an untamed country. Against incredible odds, they would risk everything for a chance to build a glorious future, leaving their mark on a young America whose great destiny would be forever linked with their own.

To the Holts, the idea of America is one worth fighting for. So when Clay Holt learns that a French diplomat once aligned with Napoleon and linked to the death of famed explorer Meriwether Lewis is plotting to establish a new French empire on western soil, he and Lieutenant John Markham go undercover to stop him. To keep America whole, Clay and John will track their elusive quarry up to St. Louis and then west through the treacherous, snow-choked Rockies. Meanwhile, the other Holts face deadly challenges of their own: Jeff, as a prisoner of the Tlingit Indians in the frozen north; Melissa, in a new venture that sparks a violent rivalry; and Ned, caught in a life-and-death struggle on the high seas. Separated by miles and seemingly insurmountable obstacles, the Holts nonetheless battle together in spirit...united in their hopes for a burgeoning young nation and a promise they have sworn to keep.
Reviews from Goodreads.com