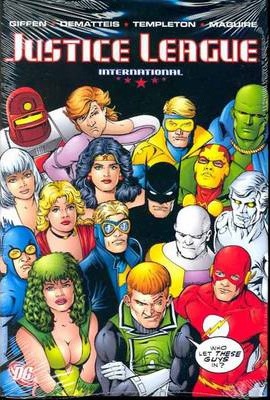 Share:
The 1980s adventures of the Justice League of America continues with this new, fourth volume of off-the-wall adventures.

In this volume, the team works on a captured alien spacecraft, unaware that the new Injustice League is pursuing them in their own stolen ship from Thanagar, Hawkman's homeworld. And then, while Booster Gold and Blue Beetle are hired to track a vampire, the team's promoter, Maxwell Lord, learns that he may have super-powers of his own. Plus: The Joker puts in an appearance, threatening the team through their private lives.