Just Grace and the Trouble with Cupcakes — Charise Mericle Harper 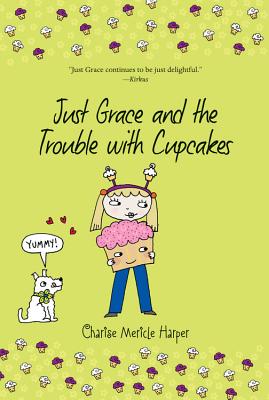 t's time for the school fair, and Just Grace's class has chosen a cupcake theme. But the fair's highlight, a cupcake competition, causes quite a stir when Grace gets paired with dreadful Owen 1 and not with her best pal, Mimi. Grace is devastated. And just when she thinks things can't get worse, her team votes down her idea to build a cupcake Eiffel Tower in favor of building Spiderman.

It's a challenging time for Grace. Will she be able to overcome her disappointment and lead her team onward? Will Grace's team ever figure out how to make a Spiderman out of cupcakes?
Reviews from Goodreads.com