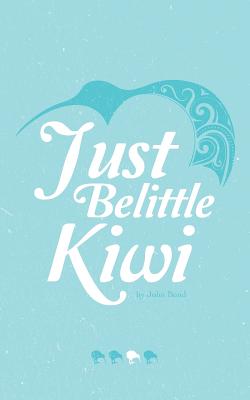 Te manako Iti (T), a farmer, lives a contented and peaceful life in Waimana with his wife, Wai, and teenage daughter, Tira. The harmony of the Iti household is torn asunder with the arrival of a ten-person party from the New Zealand State Tenancy Tribunal with the intention of forcefully evicting the Iti family. T's wife and daughter are killed by a trigger-happy policeman. This heinous deed brings together the entire Iti and Parata family, together with all the tribes of New Zealand. It seems that an age-old prophesy is about to materialise. Legend has it that a mother and daughter would simultaneously be killed by the State, and three revolutionary brothers would hand the mana (respect) back to all the people of Aotearoa (New Zealand) with the help of a Pakeha (white person). Stephen Wallace, Tira's Scottish teenage lover, has been torn apart from his soulmate and his blue-eyed daughter, as his mother, Diana, has moved their household to a distant location. Stephen works hard as a fisherman and goes for daily spiritual and martial training to a wise old recluse, Koro. Three years after his daughter's birth, Stephen finally has enough money saved to visit his lover and his daughter. When Stephen finally does arrive at the Iti household, he is devastated to hear that both his lover and her mother have been killed. T's uncle, koro Timothy Iti, initiates the revolution by mobilising the three Iti brothers, Te, Joseph (Hahepa) and George and the P?keh?, Stephen. Joseph, the eldest brother, is a member of NZSAS and also the chief protector of Queen Elizabeth II. George, the youngest brother, is an IT wizard with a million-dollar salary. The plot thickens as we find out that two others from the Royal elite force, the Ironside twins, William and Philippa, too want the Queen to abdicate the throne. An astonishing but age-old alliance between the Scots and the Maori emerges and an exciting adventure ensues. The Queen is kidnapped during her visit to New Zealand. Two ruthless free-agent assassins, Franck and Charlie, pose life-threatening situations that the chosen four must deal with.
Reviews from Goodreads.com