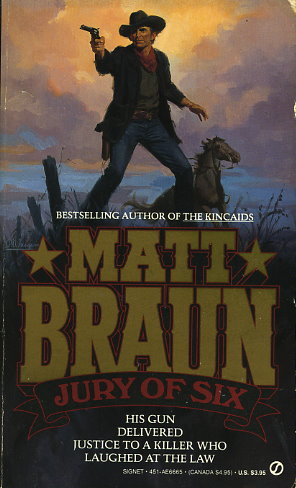 Ben Langham was dead, his body riddled with bullets, buzzards picking at his bones. And Luke Starbuck, who loved Langham like a father, knew who did it. A savage, fast-as-lightning killer named William Bonney, a.k.a. Billy the Kid.

Trouble was, nobody would touch the Kid. Not the scared and slippery sheriff Pat Garrett. Not the fearful townfolk. Not the farmers and sheepherders who thought Billy was some kind of hero.

There was just Starbuck. And Starbuck didn't have a star on his chest. All he had was the gun in his hand.