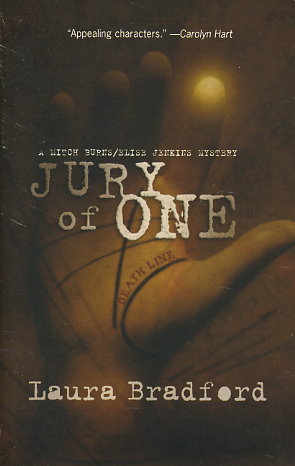 Beaches, boardwalks and the promise of carefree summer days mark the start of tourist season in the small, scenic town of Ocean Point, New Jersey. But this scene is marred suddenly by the body of a young woman found bludgeoned to death. It's the first in a string of seemingly random, senseless murders, the only connection being the odd positioning of the victims' fingers.

It's a crisis that puts local detective Mitch Burns on edge. Murder in a peaceful beach town is bad enough, but a serial killer at the height of tourist season is worse. Much worse. Newly hired local reporter Elise Jenkins cuts her journalistic teeth on this one -- especially when her search for the truth leads her on a dangerous hunt for the killer with a face whose familiarity masks deadly intent.
Reviews from Goodreads.com