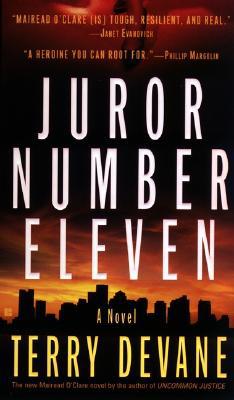 The legal team of Mairead O'Clare and Sheldon Gold has just wrapped their successful defense of Gold's childhood friend, Big Ben Friedman. The charge is murder. Now it's the prosecution's turn to move in for the kill. They have a charge of their own--jury tampering. And all bets are on Juror Number Eleven--especially after her lifeless body is discovered in her home, strung up by her neck. Her last desperate phone call was to Mairead. That looks bad. The prime suspect, Big Ben, has disappeared. That looks worse.