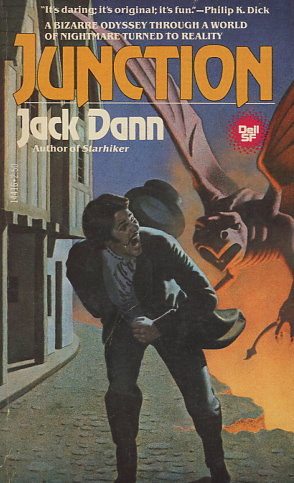 The hundred-eyed bird monster told Ned Wheeler that his foreordained quest must begin in Hell-which lay just beyond the borders of Junction, the tumultuous, bawdy, pious town that knew damnation as a daily experience and salvation as a distant hope.

Its learned scientists told him of incredible things, like the laws of cause and effect and the fact that they had ceased to operate. It was as if the entire world were living in a chaotic dream-perhaps Ned Wheeler's dream...
Reviews from Goodreads.com