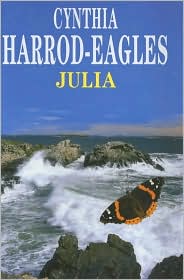 A tragic tale of love and the bonds of marriage. Teenager Judah Jacobs is employed regularly as a babysitter by Peter and Joyce Kane. When Joyce is taken to hospital, Judah allows herself to be seduced by Peter. They embark on an affair, and eventually, once Judah is pregnant, Peter leaves Joyce and they embark on a new life together. Tragedy strikes when their son dies from leukaemia and Peter finds comfort in the arms of Judah's sister, Syria. Judah leaves and once again starts a new life for herself, marrying a kind man named George and having hopes for a future free of Peter and the emotions he invokes in her. However, this is not to be and fate once again throws Peter and Judah together and they embark on an affair which results in a daughter, Cathy. Judah is determined to pass Cathy off as her husband's daughter, but it seems that Peter once again wants to involve himself in Judah's life . . . with devastating effect.
Reviews from Goodreads.com