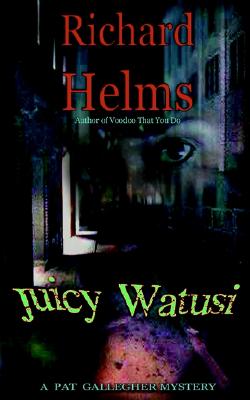 Set in New Orleans, Juicy Watusi features Helms' creation Pat Gallegher - failed seminarian, retired forensic psychologist, disgraced college professor, who now makes a living playing jazz cornet in a dive bar off Toulouse Street in the French Quarter. When his boss's girlfriend is murdered, and his boss is arrested for the crime, Gallegher investigates what becomes the sensational Stripper Ripper murders. The roles of predator and prey reverse, however, when the murderer targets Gallegher's girlfriend Merlie Comineau!
Reviews from Goodreads.com