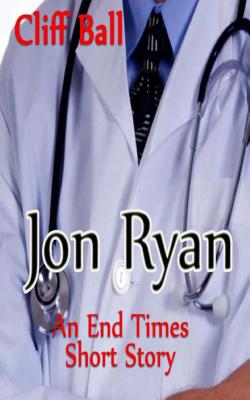 In this short story from Times of Trouble, Jon Ryan dreamed of becoming a doctor his entire life. Before he graduates from medical school, the government takes over healthcare, making him wary about the profession he's going to school for, but not enough to quit chasing his dream. He practices medicine as medical plagues and disasters occur, all the while the government says they're on top of things. Eventually, government oppression forces him to make changes to his practice that will affect his life as the End Times approach. Have you read the rest of the End Times Saga? Times of Turmoil - Book 1 The Evans family sets out to destroy Christian influence in the U.S. Times of Trouble - Book 2 The Atwood family watch as the U.S. begins to fall apart around them as the End Times approach. Times of Trial - Book 3 When the President declares a dictatorship, he begins the immediate persecution of Christians shortly before the End Times. Xavier Doolittle - An End Times Short Story Xavier, another character from Times of Trouble, goes to work for the federal government and completely abandons his Christian faith, until he meets Brian Atwood. Times of Rebellion - Book 4 A Christian young man becomes famous shortly before the end times. Times of Destruction - Book 5 Times of Judgment - Book 6 Times of Tribulation - Book 7
Reviews from Goodreads.com