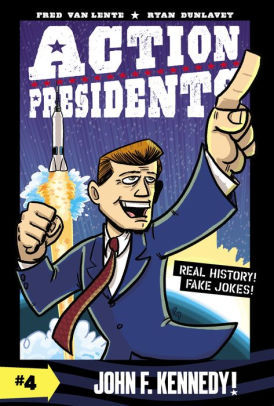 U.S. history comes to life like never before in this full-color graphic novel! We all know that John F. Kennedy was a World War II hero and a pro at giving speeches. But did you also know he survived shark-infested waters, suffered a case of mistaken identity, and once used a coconut to send a secret message?

Wimpy Kid meets the Who Was... series in these hilarious new graphic novels -- where the history is real and the jokes are fake -- from New York Times bestselling comic book author Fred Van Lente and award-winning cartoonist Ryan Dunlavey.