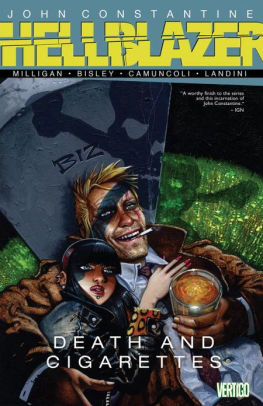 John Constantine had no intention of tracking down his long-lost nephew, despite the promise John made to his dead mom. But mysterious circumstances and a series of murders set Constantine out to Ireland in search of his forgotten relative. However, after a séance with his late sister Cheryl, Constantine finds that there might be a lot more connections between his nephew and these set of murders than meets the eye.

In this penultimate chapter to Vertigo's longest series, Death and Cigarettes is the latest chapter in critically acclaimed writer Peter Milligan's run on HELLBLAZER.
Reviews from Goodreads.com