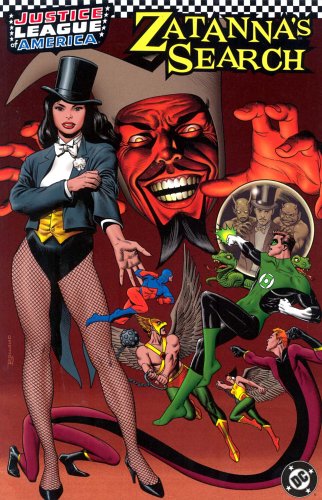 The powerful mage is missing and his plucky daughter, Zatanna, is on the hunt.

Along the way she is aided by some of the most powerful people in the DC Universe -- Batman, Green Lantern, the Atom, Hawkman and the Elongated Man. Finally, it takes the combined might of the Justice League of America to rescue Zatara from certain death.

Zatanna's quest weaved its way through several comics of the 1960s, showcasing the celebrated plotting of Gardner Fox as he is teamed with many of the best artists of the Silver Age of comics, including Gil Kane, Carmine Infantino and Murphy Anderson.

As a bonus, Zatanna's secret origin is also presented in a short story.
Reviews from Goodreads.com