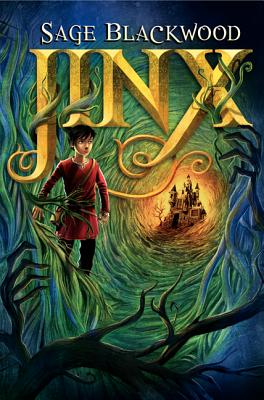 In the Urwald, you don't step off the path. Trolls, werewolves, and butter churn-riding witches lurk amid the clawing branches, eager to swoop up the unwary. Jinx has always feared leaving the path -- then he meets the wizard Simon Magnus.

Jinx knows that wizards are evil. But Simon's kitchen is cozy, and he seems cranky rather than wicked. Staying with him appears to be Jinx's safest, and perhaps only, option. As Jinx's curiosity about magic grows, he learns to listen to the trees as closely as he does to Simon's unusual visitors. The more Jinx discovers, the more determined he becomes to explore beyond the security of well-trodden paths.

But in the Urwald, a little healthy fear is never out of place, for magic -- and magicians -- can be as dangerous as the forest. And soon Jinx must decide which is the greater threat.

Sage Blackwood introduces a daring new hero for an innovative new world as Jinx is joined by friends, battles enemies, and discovers that life beyond -- and even within -- the forest is more complex than he can imagine, and that the Urwald itself needs him more than he could ever guess.
Reviews from Goodreads.com