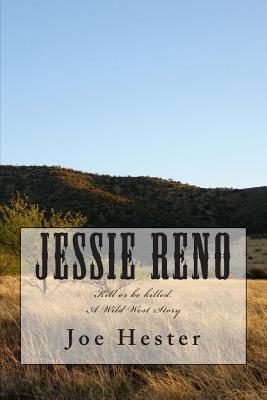 
This story takes place during the late 1860’s and runs through the late 1880’s. In the Northwest Arizona territory, a tent town becomes a city while learning to cope with the rapid changes. The first Sheriff and Deputy Sheriff were killed, and no-one wanted to fill the job. A young Jessie Reno was the Jailer, for the free room in the jail and a small payday once a month. He also worked at building shipping crates for the local freight company. He did not want the job as Sheriff but agreed fill in as Sheriff until a qualified candidate could be found and selected for the job. At twenty years old, Jessie was ineffective as Sheriff for a while. He was scared and had good reason to be. With the opening of a large casino, the job became too much for Jessie. He hired three brothers of a mountain family and between the four city lawmen; they manage to tame the Cowboys but not the gunslingers that come gunning for Jessie after he kills a notorious gunslinger and his brother. Humor, Danger, plenty of killings, love, relationships, all squeezed together in time so as to make retirement, a pleasant dream while struggling to stay alive.