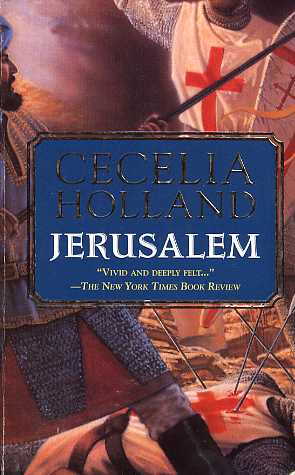 Set in the Holy Land in 1187 A.D., Jerusalem is an epic of war and political intrigue, of passion and religious fervor.

"Centering her story on the Knights Templar, ferocious warriors who took vows of chastity and attempted to live like monks, Ms. Holland strikingly portrays the moral anguish of these men within an all too worldly atmosphere of conspiracy, betrayal and temptation. She brings as much suspense to political intrigue as to the sprawling battle scenes at which she excels, and the contrast she draws between the stark royal court of Jerusalem, holed up in its stone fortress, and Saladin's lush palace in Damascus dramatizes the conflict between the closed feudal culture of much of medieval Europe and the artistic flowering of Islam."
--The New York Times Book Review
Reviews from Goodreads.com