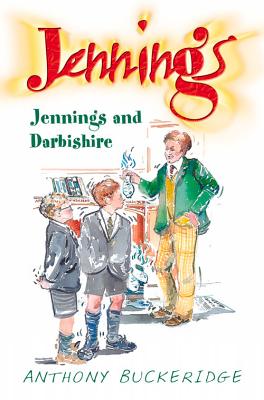 Prehistoric clodpoll! ‘What did you want to go and make a frantic bish like that for’ Rule number nine million and forty-seven: Any boy beetling into class with twelve slippery raw fish shall hereby be liable to be detained during Mr Wilkins’ pleasure.? Jennings turns journalist when he receives a printing kit for his birthday, and dubs himself Editor of the Form Three Times. Enlisting faithful Darbi as his assistant hack, Jennings sets off to the cove, where a French fishing vessel is moored, for their first story. But when their dreadful French ends in the unwelcome gift of a parcel of raw fish, the worse place they could hide it is in Mr Wilkins chimney! Frantic hoo-hah! Teething troubles fail to deter the tenacious Jennings, and his next scoop involves digging into Mr Wilkins past – what will he uncover this time? Super-wacko wheeze!
Reviews from Goodreads.com