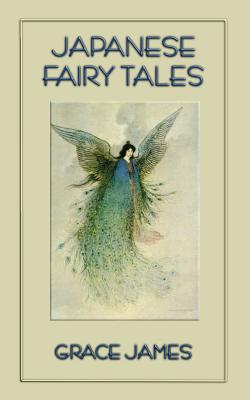 These 38 Japanese tales and legends have been collected from many sources. Some of them have been selected from the Ko-ji-ki, or Record of Ancient Matters, which contains the mythology of Japan. Tales like GREEN WILLOW, THE FLUTE, THE SEA KING AND THE MAGIC JEWELS, THE PEONY LANTERN, THE ROBE OF FEATHERS, THE BELL OF DŌJŌJI, THE MOON MAIDEN, THE COLD LADY, A LEGEND OF KWANNON, THE SINGING BIRD OF HEAVEN and many, many more all with a uniquely Japanese flavour made more appealing by Warwick Goble's 16 exquisite illustrations. Many have been told from memory, being relics of childish days, originally heard from the lips of a school-fellow or a nurse. Certain of them, again, form favourite subjects which have been represented upon the Japanese stage and are still short and entertaining enough to hold a child's attention without them becoming bored. A few of the stories, now gathered together, have been translated into English and have previously appeared in one form or another; others are probably new to the 21st C. Western reader.
Reviews from Goodreads.com