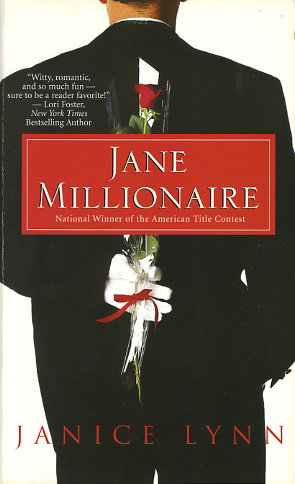 TUNE IN
On the set of Wolf TV's hot new reality show "Jane Millionaire," the steamiest scenes aren't in front of the camera--they're in between takes.

TURN ON
With twelve gorgeous bachelors at her beck and call, Jill Davidson (AKA Jane) should be in heaven. Instead, her insides are sizzling, and the guy responsible isn't even a contestant!
AND GET A TASTE OF TRUE TEMPTATION
Rob Lancaster loathes reality television, but producing "Jane Millionaire" is worse than anything. If only his star weren't quite so appealing. If only there weren't so many other hunks hanging around. If only he himself were Mr. Jane Millionaire....

On TV or off, anything can happen.
Reviews from Goodreads.com