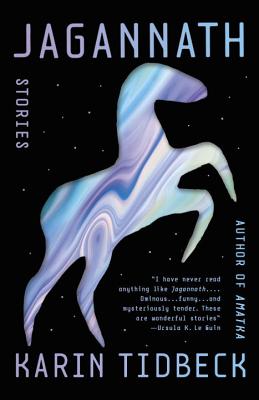 An award-winning debut story collection by Karin Tidbeck, author of Amatka and heir to Borges, Le Guin, and Lovecraft.

A child is born in a tin can. A switchboard operator finds himself in hell. Three corpulent women float somewhere beyond time. Welcome to the weird world of Karin Tidbeck, the visionary Swedish author of literary sci-fi, speculative fiction, and mind-bending fantasy who has captivated readers around the world. Originally published by the tiny press Cheeky Frawg--the passion project of Ann and Jeff VanderMeer--JAGANNATH has been celebrated by readers and critics alike, with rave reviews from major outlets and support from lauded peers like China Miéville and even Ursula K. Le Guin herself. These are stories in which fairies haunt quiet towns, and an immortal being discovers the nature of time--stories in which anything is possible.
Reviews from Goodreads.com 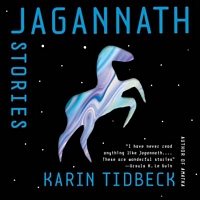