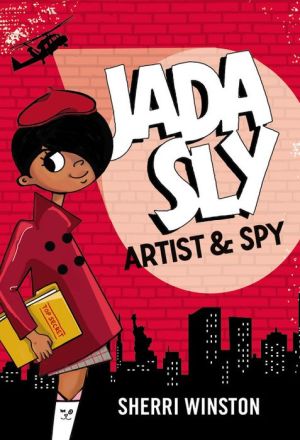 Jada Sly, a hilarious and spunky artist and spy, is on a mission to find her mom in this illustrated novel from acclaimed author Sherri Winston.

Ten-year-old Jada Sly is an artist and a spy-in-training. When she isn't studying the art from her idols like Jackie Ormes, the first-known African American cartoonist, she's chronicling her spy training and other observations in her art journal.

Back home in New York City, after living in France for five years, Jada is ready to embark on her first and greatest spy adventure yet. She plans to scour New York City in search of her missing mother, even though everyone thinks her mom died in a plane crash. Except Jada, who is certain her mom was a spy too.

With the stakes high and danger lurking around every corner, Jada will use one spy technique after another to unlock the mystery of her mother's disappearance--some with hilarious results. After all, she's still learning.
Reviews from Goodreads.com