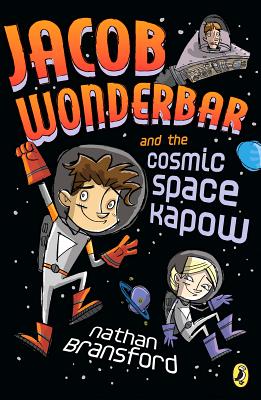 Jacob Wonderbar is used to detentions, but when a spaceship crashes near his house, he finds himself in a whole new level of trouble. After swapping a corn dog for the ship, he and his two best friends, Sarah Daisy and Dexter, take off on a madcap adventure. They accidentally cause an epic explosion, get kidnapped by a space pirate, and are marooned on planets like Numonia and Paisley, where the air smells like burp breath and revenge-hungry substitute teachers rule. And that's only the beginning . . . It turns out that there's an entire colony of space humans, and Jacob's long-lost father just might be one of them.