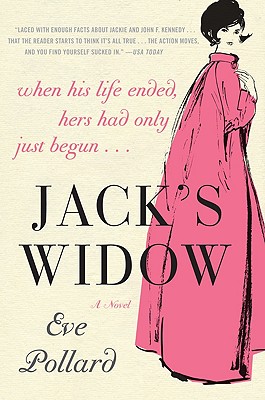 The iconic First Lady, Jackie lived her life in a fishbowl yet she was shrouded in mystery. She was the epitome of style, poise, grace, and femininity, but her lifelong silence in front of the media has left many unanswered questions.

In this juicy yet reverential examination of her life, Eve Pollard's insight into what made America's most admired woman tick is blended into a page-turning, believable thriller. Starting from the somber days following the shocking assassination of Jackie's husband, President John F. Kennedy, Pollard explores the emotions that guided her existence as the world's most famous widow. Everything in Jackie's life is encompassed: the painful childhood that prepared her for the dual role of dramatic chatelaine of the White House and cheated wife; the hidden mental torture behind her marriage to Jack as she attempted to maintain her self-esteem--an anguish that doubled when his debauched love life became public after his death. To cope, Jackie developed a self-defense system to deal with the friends and family who were revealed as the willing helpers in her late husband's constant quest for new sexual partners. And, finally, she used different methods from sunglasses to psychiatry, from remarriage to realpolitik to protect herself and her precious children.

With brilliant storytelling, Pollard, one of the former First Lady's first biographers, entangles Jackie during her early days as a senator's wife in the complex world of espionage with startling and thrilling consequences after the tragic murder of her husband. Pollard's wealth of information on the adored Jackie produces a captivating and realistic tale that both surprises and entertains.
Reviews from Goodreads.com 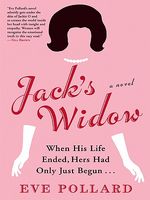