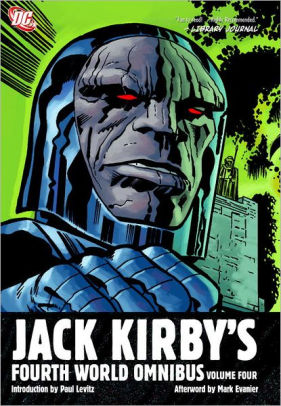 This fourth and final volume of JACK KIRBY'S FOURTH WORLD OMNIBUS collects the remaining issues of the classic 1970s series THE NEW GODS, THE FOREVER PEOPLE and MISTER MIRACLE in chronological order as they originally appeared! As our heroes fight Darkseid's many minions while Darkseid himself continues his quest for the Anti-Life Equation, the series come to their end with the wedding of Mister Miracle and Big Barda. Also included in this volume are Kirby's sequel to THE NEW GODS and the graphic novel THE HUNGER DOGS, along with rarely seen Kirby art from DC's WHO'S WHO series, all from the mid-1980s.
Reviews from Goodreads.com