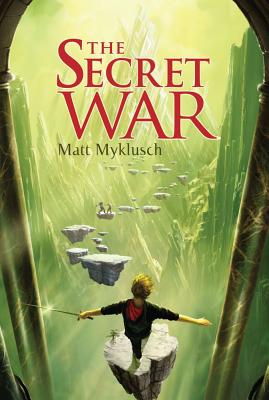 Picking up a year after the events of Jack Blank and the Imagine Nation, Jack and his fellow students are now well into their School of Thought training and are "sidekicking" for official, card-carrying super heroes. But, even though Jack feels more at home in the Imagine Nation, he's still hiding secrets from his friends Skerren and Allegra, both about his shocking connection to their enemy Revile and about his "Top Secret" school assignment, which involves investigating the RÜstov computer virus that affects the Mechas. Jack is busy trying to find out how far the RÜstov sleeper virus has spread, working to find a cure, and striving to avoid the dire future that Revile warned him about. Meanwhile, Jonas Smart is working just as hard to discover what Jack is hiding from everyone. When a rogue Secreteer--the protectors of secrets of inhabitants of the Imagine Nation--starts selling secrets to the highest bidder, Smart is ready and waiting. Jack knows that if Smart finds out the truth about him and Revile, he's as good as dead. When Jack discovers that the Secreteer causing all this trouble also has information about his father, the distractions really start piling up. If Jack is going to help prevent a second RÜstov invasion, keep Smart from discovering his secrets, and find out what a shadowy, half-mad Secreteer knows about his long-lost father, he'll need to learn to trust his friends, and to find the true path toward becoming a hero himself.
Reviews from Goodreads.com