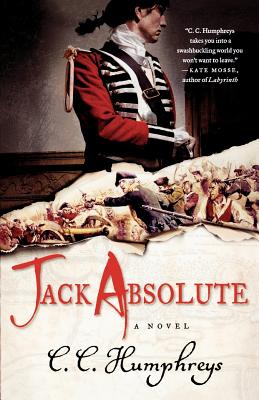 In 1777 Jack Absolute, the charming lover in Sheridan's comedy The Rivals, is famous throughout London. However, this notoriety comes as something of a shock to the real Jack Absolute when he arrives in England after four months at sea. But there's barely time for outrage before he finds himself dueling for his life. Even worse, as soon as he's won the duel he's forced to flee London by the quickest means possible, becoming a spy in America's war of Independence.
Thus we meet Jack Absolute - rogue, duellist, charmer and Captain in the Light Dragoons. From the field of honor in London through the pivotal battle of Saratoga to a hunt for a double agent in wintry Philadelphia, this novel marks the impressive debut of this new series.
Reviews from Goodreads.com