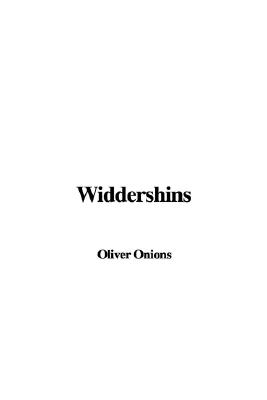 Share:
George Oliver Onions was a 20th century British writer. Onions published over 40 novels and short story collections. Before becoming a writer Onions was a commercial artist. His first edition novels had full color paintings painted by him on their dust jackets. . In 1913 he legally changed his name to George Oliver but continued to use Oliver Onions as his pen name. Onions wrote detective stories, science fiction, ghost stories and historical fiction. Widdershins is his best know work about ghosts. The novella The Beckoning Fair is included. This novella is considered to be one of the best psychological horror fiction stories ever written. A struggling writer moves into rooms in a vacant house in hopes that the isolation will help him concentrate. His art and his sanity are jeopardized. A feminine spirit gradually possesses him. The story can also be viewed as a psychotic breakdown culminating in murder and a catatonic state. Onions often writes about the connection between creativity and insanity. This is a great book not to be read by the faint of heart.