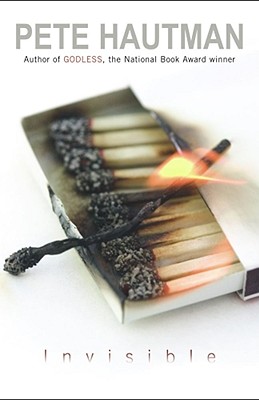 Share:
You could say that my railroad, the Madham Line, is almost the most important thing in my life. Next to Andy Morrow, my best friend....I guess you could say that I'm not only disturbed, I'm obsessed.

Lots of people think Doug Hanson is a freak -- he gets beat up after school and the girl of his dreams calls him a worm. Doug's only refuge is building elaborate model trains in his basement and hanging out with his best friend, Andy Morrow. Andy is nothing like Doug: He's a popular football star who could date any girl in school. Despite their differences, Doug and Andy talk about everything -- except what happened at the Tuttle place a few years back.
As Doug retreats deeper and deeper into his own world, long-buried secrets come to light -- and the more he tries to keep them invisible, the looser his grip on reality becomes. In this fierce, disturbing novel, Pete Hautman spins a poignant tale about inner demons, and how far one boy will go to control them.