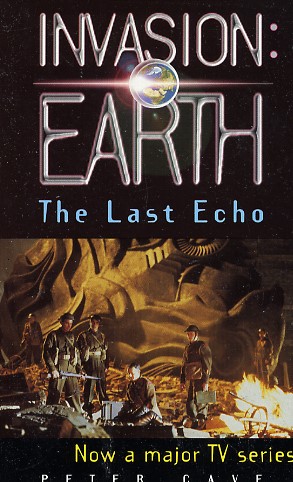 Share:
When a mysterious craft crashes in war-torn London, an Army bomb-disposal oFFicer, Charles Terrell, is called to the scene. Is the craft really a Nazi secret weapon and who - or what - is Flying it?

To Terrell it is obvious that neither the craft nor its pilot are of this earth and he is determined to Find out more. When the wounded alien is detained in a sanatorium, Terrell gets the chance to communicate with it. A bond grows between them that takes him to a distant world where he learns the secrets of the ECHOs. When Terrell returns to earth -- some 50 years later - he hopes against hope that what he has learned can save humanity From an alien power of limitless strength which threatens to destroy it.