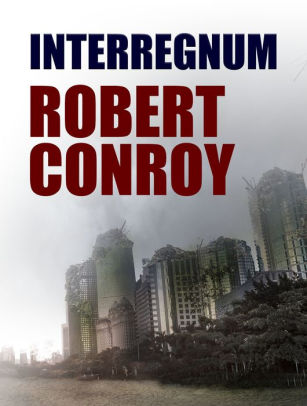 Earth has been devastated by all-out nuclear war, with cities worldwide reduced to rubble.

While Washington DC was demolished and is currently uninhabitable due to radiation levels, a settlement in the eastern part of Ohio tries to keep the U.S. government alive, with a revived military, senators, and other survivors. A businessman named Jack Moran is brought to the settlement and asked to be the interim President.

Everyone in this settlement must work hard to build a new Capitol and hold the nation together, rather than letting the country disintegrate into local satrapies. Several miles away, a brutal, dangerous community has emerged, which enslaves or kills survivors they find, and inevitably leads to war against the Capitol.

This novel by the late Robert Conroy, well known for his popular alternate history novels, was recently discovered by his family. While the world has so far avoided a nuclear war, there is no certainty that it won’t happen. INTERREGNUM is a sobering but ultimately uplifting work about survival, hardships and human ingenuity in the face of overwhelming odds.

PRAISE FOR THE NOVELS OF ROBERT CONROY

on CASTRO'S BOMB:
“Robert Conroy is truly one of the top players in the field when it comes to imaginative well written tales. Be ready for some sleepless nights when you argue with yourself "I'll just read one more chapter," because Conroy's work is the type of book you simply can't put down.”
- William R. Forstchen, author of NYTimes bestseller ONE SECOND AFTER

on RED INFERNO:
“An ensemble cast of fictional characters … and historical figures powers the meticulously researched story line with diverse accounts of the horrors of war, making this an appealing read for fans of history and alternate history alike.”
- Publishers Weekly

*Starred Review* "Conroy’s latest novel is substantially his best. It supposes that in 1945, President Truman decided to send American troops across the Elbe to claim the American share of Berlin. That catches Stalin in a paranoiac mood, and the Red Army attacks the force headed to Berlin…Add the prospective disintegration of the Western Alliance over the prolongation of the war … and J. Edgar Hoover displaying a paranoia that rivals Stalin’s, and every aspect of the scenario becomes engrossing and grimly plausible. Even the book’s two well-realized romances add interest to the proceedings, and the suspense holds up literally to the last page. If Conroy’s enthusiasm for alternate history leads to a sequel to this one, it will continue a story comparable to the best by the subgenre’s masters."
- Booklist

on 1945:
“Conroy explores the carnage of war through numerous viewpoints (a naive American soldier, an escaped POW, a Japanese-American operative, the deposed emperor, etc.) with moving and thought-provoking results.”
- Publishers Weekly

on 1942:
“A high-explosive what-if, with full-blooded characters.”
- John Birmingham, author of WITHOUT WARNING

“Fans of Tom Clancy and Agent Jack Bauer should find a lot to like here.”
- Publishers Weekly

“A significant writer of alternate history turns here to the popular topic of Pearl Harbor, producing what is arguably his best book.”
- Booklist

on 1901:
“The yarn is likely to please both military history and alternative history buffs.”
- Booklist

“This cleverly conceived alternative history proposes that Kaiser Wilhelm II launches an invasion of the U.S in 1901 after President McKinley summarily rejects a demand that he surrender Cuba and the Philippines to the Germans … Conroy tells a solid what-if historical.”
- Publishers Weekly

On GERMANICA:
"[A] new and intriguing novel that takes the final days of the Third Reich as its jumping-off point. . . . Conroy captures the intricacies of WWII with an eye for historical nuance, and he crafts a believable alternate ending to the war. . . . [T]he story is buoyed by Conroy’s effective snapshot of the era."
- Publishers Weekly
Reviews from Goodreads.com 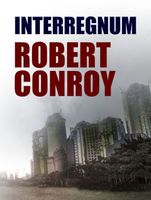