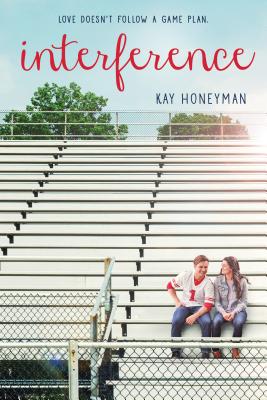 Share:
As a Congressman's daughter in Washington, D.C., Kate Hamilton is good at getting what she wants -- what some people might call "interfering." But when her family moves to West Texas so her dad can run in a special election, Kate encounters some difficulties that test all her political skills. None of her matchmaking efforts go according to plan. Her father's campaign gets off to a rough start. A pro tip for moving to Texas: Don't slam the star quarterback's hand in a door. And whenever Kate messes up, the irritatingly right (and handsome) Hunter Price is there to witness it. But Kate has determination and a good heart, and with all her political savvy -- and a little clever interference -- she'll figure out what it takes to make Red Dirt home.

Terrifically funny and sweetly romantic, with whip-crack dialogue and a wise perspective on growing up, INTERFERENCE is the perfect next read for fans of Jenny Han, Huntley Fitzpatrick, Elizabeth Eulberg, or Sarah Dessen.