Initiation of the Lost — M.R. Adams 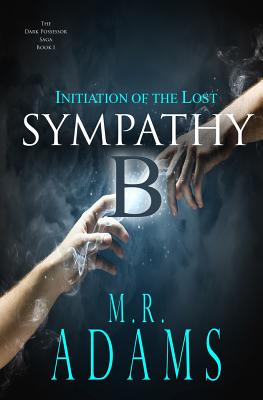 This is part 1 of The Dark Possessor Saga (Sympathy-B, vol. 1). The full, action-packed epic is now available in paperback!

Scheming minds. A war of science. The birth of superheroes...

Foreign cybernetic operatives kidnap a symp, a youth of extraordinary power. One incident creates a domino effect, leading to the first mission of Hyperion Enterprise's superhero team. A culturally diverse squad, led by Derek Peters, faces their first foe only to find a powerful villain lurking in the shadows. Facing death and defeat, will our heroes survive their next battle?

Meanwhile, Daniel Sutheford, Hyperion’s CEO, strikes a secret alliance to gain an important asset. This person promises the answer to Earth's fate in a cosmic race against time. Is he bluffing?

Considered the savior of America's economy, Daniel Sutheford, CEO of Hyperion Enterprises, inherited a project so ambitious that it competed with the vast undertakings of the continental unions. The company's self-sustaining habitats compete with Europe's hovering military bases and Asia's cybernetically enhanced law enforcers in a race to the future. However, Sutheford has invested his legacy in another technology...superheroes.

Sympathy-B is a blockbuster with big themes, explosions, and heart. Featuring LGBTQ and racially diverse characters, this series makes superheroes relatable. Our young heroes fall in (and out) of love, question their identities, and long for family and fulfillment. Filled with action-packed superheroics, drama, and corporate/political intrigue, Sympathy-B is a science fiction action thriller that expands the possibilities of who we are and who we can be.

"The novel is filled with epic battles, villains, politics, and a love story that (without giving too much away) is refreshing in its approach...an exciting Sci Fi story that is character driven."

“The plot could have quickly been a cheap copy of the recent X-Men movies, but the similarity to Xavier’s School for the Gifted is minor and takes off with teens/YA's learning their powers and in search of one taken. The pace is great and the story [is] full of tense moments...A solidly written and entertaining read for sure.”

“The characters are actual human beings, not cookie-cutter action figures...The author tenders plausible scientific explanations (meaning science fiction explanations, of course) regarding the origin and development of a variety of superpowers. In fact, the book is half exploration of these scientific principles and their effect on the psyches of the characters and half high-grade action...I’m suggesting that others who don’t care for superheroes give it a try also.”