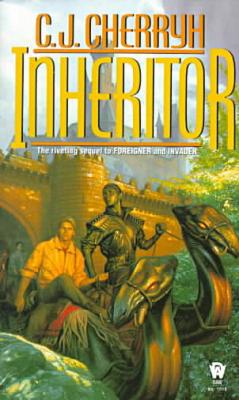 Six months have passed since the reappearance of the starship Phoenix -- six months during which the alien atevi have striven to reconfigure their fledgling space program in a breakneck bid to take their place in the heavens alongside humans. But the return of the Phoenix has added a frighteningly powerful third party to an already volatile situation, polarizing political factions in both human and atevi societies, and making the possibility of all-out planetary war an ever more likely threat.

On the atevi mainland, human ambassador Bren Cameron, in a desperate attempt to maintain the peace, has arranged for one human representative from the Phoenix to take up residence with him in his apartments, while another is stationed on Mosphiera, humanity's island enclave. Bren himself is unable to return home for fear of being arrested or assassinated by the powerful arch conservative element who wish to bar the atevi from space.

Responsible for a terrified, overwhelmed young man, and desperately trying to keep abreast of the political maneuverings of the atevi associations, how can Bren Cameron possibly find a way to save two species from a three-sided conflict that no one can win?